Introduction and Fundamentals of Blockchain

Blockchains are incredibly popular nowadays. But what is the blockchain? How do they work, what problems do they solve and how can they be used?

Like the name indicates, a blockchain is a chain of blocks that contain information. This technique was originally described in 1991 by a group of researchers and was originally intended to timestamp digital documents so that it’s not possible to backdate them or to tamper with them. Almost like a notary.

However, it went by mostly unused until it was adapted by “Satoshi Nakamoto” in 2009 to create the digital cryptocurrency Bitcoin. 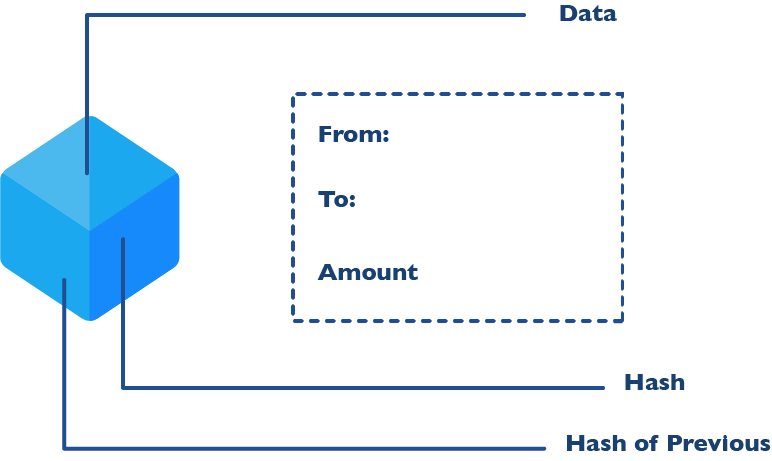 Here is the diagram you can see that the closer look of the block, each block contains some the hash of the block and the hash of the previous block. The data is stored inside in a block depends on the type of blockchain.
The bitcoin blockchain for example stores the details about transactions in here, such as sender, receiver and amount of coins.

A block also has a hash. You can compare a hash to a fingerprint. It identifies a block and all of its contents and it’s always unique, just as a fingerprint.
Once a block is created, it’s hash is being calculated, changing something inside the block will cause the hash to change.

So in other words: hashes are very useful when you want to detect changes to blocks. If the fingerprint of a block changes, it no longer is the same block. The third element inside each block is the hash of the previous block.

This effectively creates a chain of blocks and it’s this technique that makes a blockchain so secure.

Now the first block is a bit special, it cannot point to previous blocks because it’s the first one. We call this block the genesis block.

Now let’s say that you tamper with the second block. This cause the hash of the block to change as well.
In turn that will make block 3 and all following blocks invalid because they longer store a valid hash of the previous block.
So changing in a single block will make following blocks invalid. But using hashes is not enough to prevent tampering. Computers these days are very fast and can calculate hundreds of thousands of hashes per second.

You could effectively tamper with a block and recalculate all the hashes of other blocks to make your blockchain valid again. So to mitigate this, blockchains have something called proof-of-work. It’s a mechanism that slows down the creation of new blocks.

In bitcoin’s case: it takes about 10 minutes to calculate the required proof-of-work and add a new block to the chain.

This mechanism makes it very hard to tamper with the blocks because if you tamper with 1 block, you will need to recalculate the proof-of-work for all blocks. So the security of a blockchain comes from its creative use of hashing and the proof-of-work mechanism. But there is one more way that blockchains secure themselves and that’s by being distributed. Instead of using a central entity to manage the chain, blockchains use a peer-to-peer network and anyone is allowed to join.

When someone joins this network, he gets the full copy of the blockchain. The node can use this to verify that everything is still in order.

Now let’s see what happens when someone creates a new block. That new block is sent to everyone on the network. Each node then verifies the block to make sure that it hasn’t been tampered with. If everything checks out each node adds this block to their own blockchain.

All the nodes in this network create consensus. They agree about what blocks are valid and which aren’t. Blocks that are tampered with will be rejected by other nodes in the network. So to the successfully tamper with a blockchain you will need to tamper with all blocks on the chain, redo the proof-of-work for each block and take control of more than 50% of the peer-to-peer network.

Only then will your tamper block become accepted by everyone else. So this is almost impossible to do! Blockchains are also constantly evolving.

One of the more recent developments is the creation of the smart contract. These contracts are simple programs that are stored on the blockchain and can be used to automatically exchange coins based on certain conditions.

The creation of blockchain technology peaked a lot of people’s interest. Soon others realize that the technology could be used for other things like storing medical records, E-notary, collecting taxes.

Transparency: if any member of the network tries to make a change to a block everyone else in the chain can see where changes happened and can decide whether this is an authorized change.

Tamper-proof information: in practice,  say the distributed ledger is shared across 5000 computers and hacker wanted to change some information recorded in one of the blocks, they would have to hack all 5000 computers simultaneously. This is an arduous task.

Instantaneous transfer: Reconciliation and payment of transaction happen in less than 10 minutes versus an average of few days for the third-party system.

Trustless: Blockchain allows digital transactions to happen between parties who do not trust each other. Imagine a digital coin stored in a file on your computer. You may copy and paste the file an infinite number of times. The value of this digital currency would close to zero. In the past, central authorities (banks) have acted as ledgers, keeping records of the number of coins each of us has available as a centralized Ledger, to avoid the problem of duplication.

Immutable: Once a transaction is agreed and shared across the distributed network it becomes close to impossible to undo. In fact, over time, it becomes harder and harder to undo. In a public ledger, like Bitcoin, this means that you can explore the blockchain and discover the number of Bitcoins in anyone's account, or trace where funds were distributed to. In other scenarios, this could be used to track supply chains or check who accessed certain files on a network.

Traceability Of Seafood in Blockchain